In 2002, Mrs. Margaret Buending, the daughter of John and Katherine Bellman, made a generous gift to the Evergreen Cemetery to honor her parents memory.  It was to become a carillon tower that was named “The Bellman Carillon Tower.” 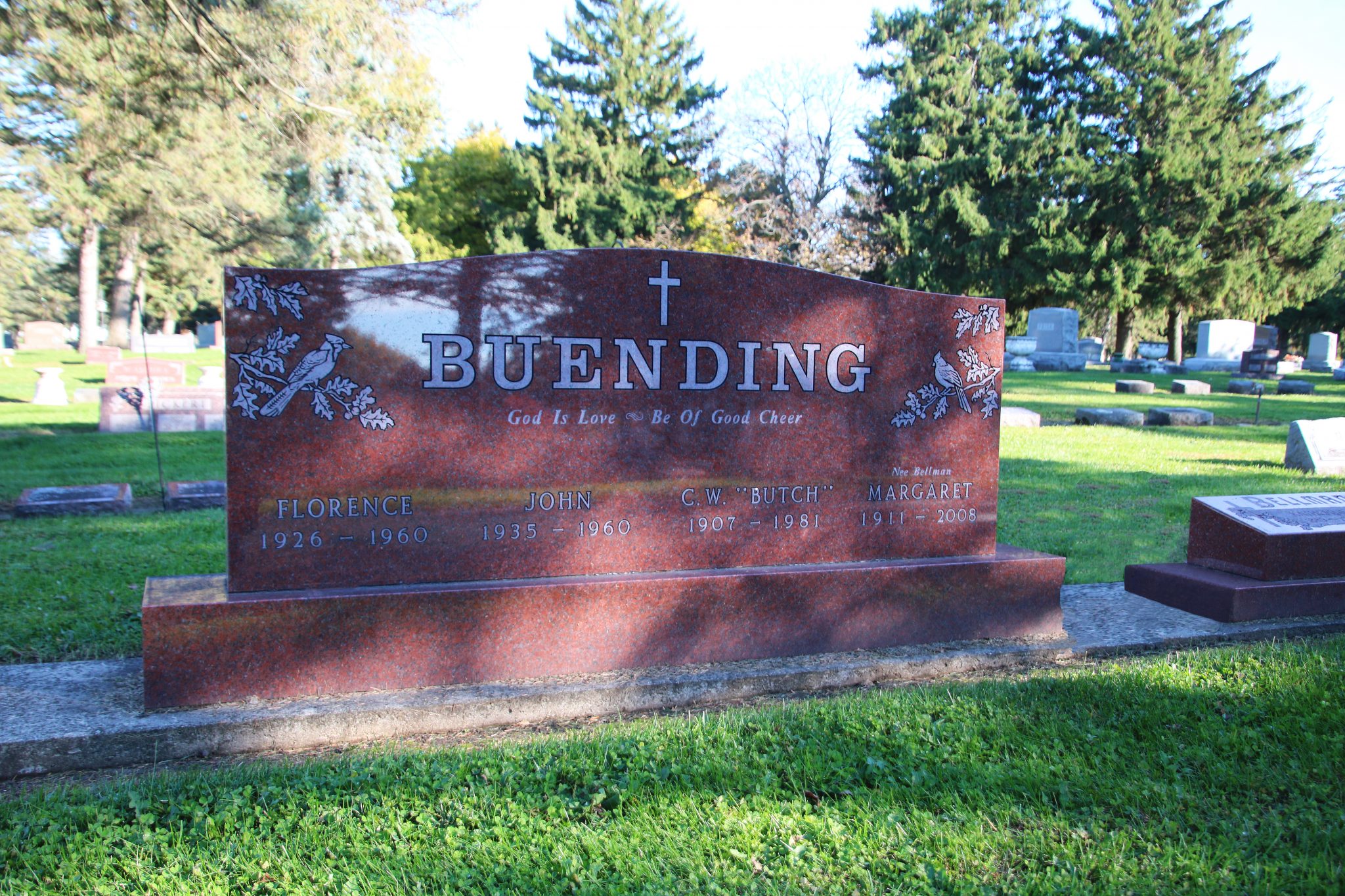 The 42 foot high tower was completed and dedicated on October 30th, 2004.  The tower includes 90 columbarium niches for cremated remains and its carillon bells can play 150 different songs.

In 2007, a Court of Honor adjacent to the Carillon Tower was completed.  The site is appointed with five flag poles each representing a branch of service and one larger flag pole displaying the American flag.  Engraved paver bricks were sold to the public and form a large courtyard fronting the flag poles.  They serve as lasting tributes by the donors to friends, family, and loved ones.