In 1969 the Fort Atkinson City Council resolved to have a committee selected to review and recommend an appropriate memorial to honor citizens of the city who gave their lives in the service of their country. The committee recommended and the city council approved a stone monument with the names of those who died during the Black Hawk War of 1832, the Civil War, the Spanish-American War of 1898, World War I, World War II, the Korean Conflict, and the Vietnam Conflict. The monument was dedicated on Memorial Day of 1971. Since then the Afghanistan War was added to the monument. The monument was originally referred to as the War Casualty Monument.  The monument includes Daniel Dobbs, the only soldier killed at Fort Koshkonong during the Blackhawk War of 1832.  It is believed he was probably shot by an Indian while fishing in the Rock River near the fort. Military records indicate that the correct name for Daniel Dobbs is David W. Dobbs. 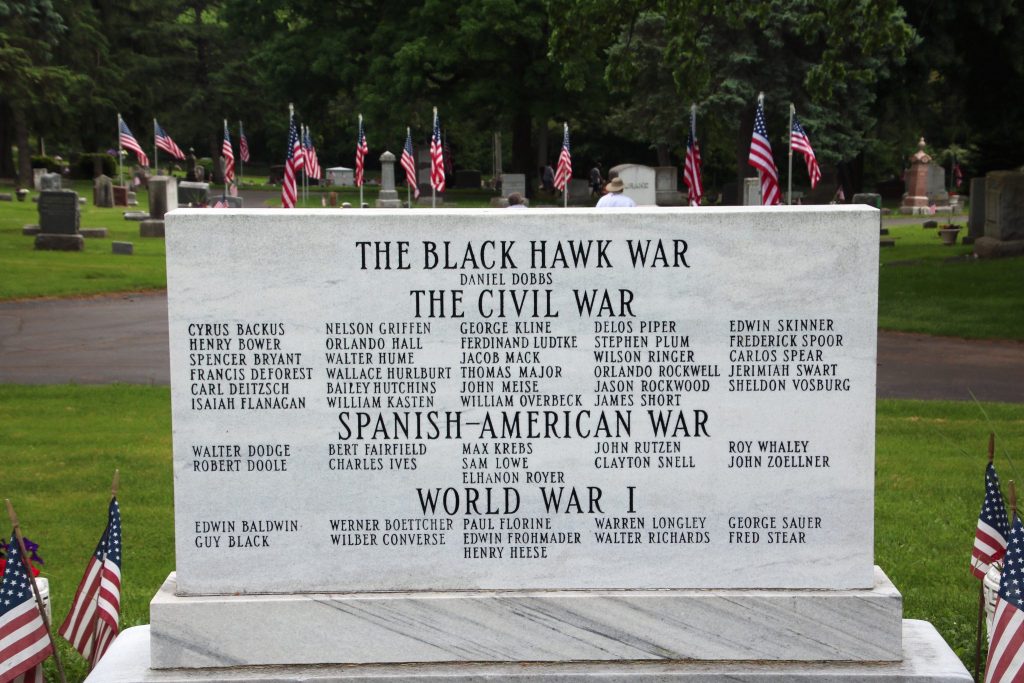